Frederick Daniel Ryan was bor﻿n in 1909, in the coal mining town of Wonthaggi.  The son of Irish immigrants, he was orphaned at the age of 11.  Soon after he started working as a farmhand, but at age 14  he was fortunate to be apprenticed as a wheelwright and blacksmith.  In his early 20s he ventured to Melbourne and started his first business, forging knives and tools for the footwear and horticulture trade.

In 2014 his great-grandson James re-kindled the family tradition of tool making. Handcrafted artisan gardening tools made from high carbon steel, heat-treated for maximum strength and sharpened to a knife edge. Using many of the tools, materials and techniques inherited from his great grand father, James makes to﻿ols using traditional designs sometimes with a modern twist. These tools are a delight to use and beautiful to behold. With care, they will last a lifetime.

James has named his business F.D.RYAN in honour of his great grandfather
and in the the traditional Irish style of naming the business by the initials of the proprietor. 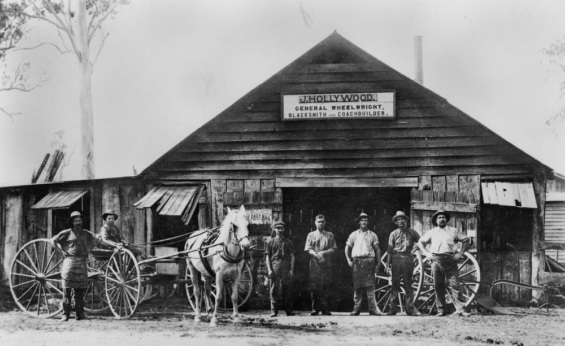